4. Advents-Newsletter – A child is born

I recently encountered a thought by Hannah Arendt, which resonated with me as we plan a new, comprehensive school for needy children in Northern Uganda.

Hannah Arendt often wondered why occidental philosophy emphasizes our mortality and transience too much. Instead, she proposed to marvel more about the meaning of ‘being born’, our ‘natality’.

Her fate of escaping the holocaust, her sense of belonging and her clear mind were powerful influences during her formative years.  As a refugee, she criss-crossed Europe for years. She landed in the US as a stateless refugee. During these years, she experienced the suffering of flight, the preciousness of our gift of life, the audacity of hope and the value of education.

I was struck by Arendt’s radical change in perspective, viewing our ‘being born’, our ‘natality’ as the source of strength and purpose, to stand up for our common world. How else could a new beginning have been possible after Europe’s catastrophe?

In her book „Vita Activa – The Human Condition“, she refers to a thought by Augustine: “The new beginning inherent in every birth can make itself felt in the world only because of the capacity of beginning something anew.” For Arendt, the miracle of our lives, even the Human Condition is that a new world is created every time that a child is born. These are powerful thoughts which resonate strongly, I believe, in every parent. These are also guiding principles since over fifteen years at Kids of Africa. Rescuing a needy child somehow also rescues the world – at least at least it protects our faith and hope in it.

Isn’t this thought well put in our Christmas oratorios, proclaiming the Good News “A child is borne to us”. 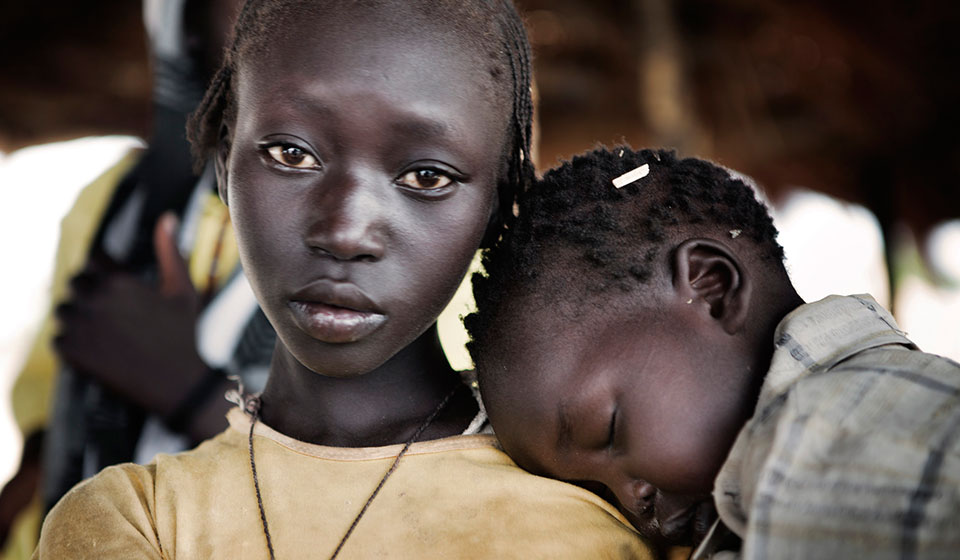 With these happy thoughts, I want to thank you for your help – especially in the names and from the hearts of hundreds of needy children and their families, from Kids of Africa – Bwerenga, Nkosi Island, Alebtong and other places.