Three new guests and an Easter-celebration

We welcome three sisters – Mary (6), Vianney (9) and Vida (13) – who recently joined us. Their long and tragic suffering was reminiscent of the passion of Easter. But today, we are to give hope a new name. 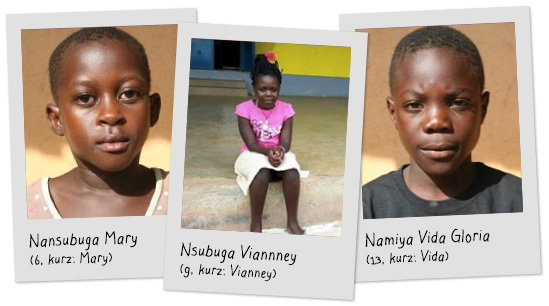 Two years ago, their family of then seven, mourned at the grave of their good father. Then, a year later, their mother succumbed to tuberculosis. Only a few weeks thereafter, the two youngest siblings both died in a tragic accident. Death seemed to break this hopeful family apart. But it didn’t break their spirit. Of course, what little savings they had left, was all spent on medicine and four funerals. One elder brother, Charles can support himself as a casual labourer. On a good day, he earns 3’000 Shillings – about one dollar a day. That’s barely enough for one, certainly too little for four. But today, we’re celebrating Easter! Together with other fosterlings at Kids of Africa, we celebrate that life is stronger than death. Easter is cherished by most of our fosterlings – especially the new guests, who weren’t expecting much from their lives. For this gift, they are grateful – especially to you, to their supporters!

Vida (13), the eldest of the three sisters, is a hidden hero. With an admirable sense of responsibility, even more so given her age, she looks after her two young sisters. It was her initiative to contact the district’s social worker. From there, she was introduced to Kids of Africa’s school, where she now lives with others. It’s a good to know that we can change the lives of Vida, Vianney and Mary – along with many other young and responsible fosterlings – for the better!

In her class, Vida has settled well. She is a friendly, quiet and industrious girl. She learns fast but has to catch-up a bit. Good to see how she is still looking after her two sisters. The two are still traumatized. Vida helps wherever she can. Just imagine if more people of the next generation follow Vida’s example. Possible? Absolutely! At Kids of Africa, we see some of Uganda’s hidden heroes grow every year. They are already creating a better future.

Celebrating Easter with all these young people is a privilege! They come from very different backgrounds, identify with different religions but today they are all one. And they happily celebrate that life is stronger than death, that truth is stronger than deceit and that hope is stronger than fear. In this, they feel that what unites outweighs what seems to separates them. And once we’re on, they also chose to celebrate the birthdays of those kids, whose birthday is this week! Because sometimes, pictures say more than many words, I attach a few snapshots. 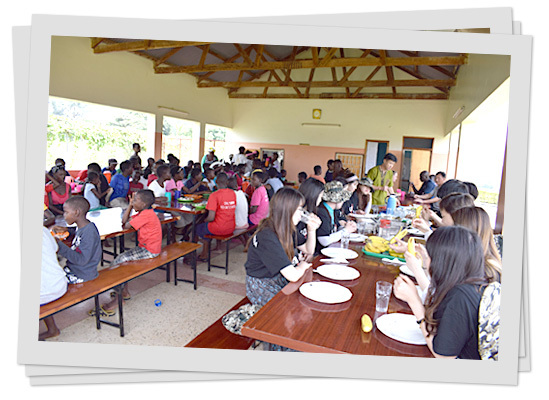