«We are family» is our motto – we think and act as a family, in a committed way, working together with enthusiasm and a lack of bureaucracy. We put our hearts into our work, and make sure that what we do has a purpose.

Each member of the committee (Kids of Africa is a registered association in the Swiss civil code) works as a volunteer. They contribute their time, their ideas and their personal network. Furthermore, they are convinced that the manageable size of the organisation is also one of its strengths. Direct and well-established means of communication make work so much simpler. The team is a family to which everyone contributes their own individual skills.

The association is committed unconditionally to the purpose of the project. Every single donation is put to work and goes in one way or another straight to the children. Running costs are kept to an absolute minute. No salaries or fees are paid to the committee members, and the marketing, communications and fundraising efforts are donations in kind.

How it all begann

The history of Kids of Africa illustrates how good things can happen when you put everything in the right place to let luck turn into something positive. Kids of Africa began with an unexpected letter.

When Burkhard Varnholt, who would go on to be the founder of Kids of Africa, received a begging letter from Uganda in 1999, he quickly wrote a little cheque to help with the suffering that had been described to him. This unexpected contact developed, and he became pen-friends with the writer of the letter. In order to get a better understanding of the situation out there, Burkhard then travelled to Uganda to visit his pen-friend and his school, and this trip helped him to learn much about the country, its history and its perspectives for the future. Despite the fact that he had qualified as a construction engineer, the pen-friend could not find a job, so Burkhard decided to purchase some land outside of the capital Kampala. And this piece of land enabled him to support the young man in the building of simple, functional family dwellings. 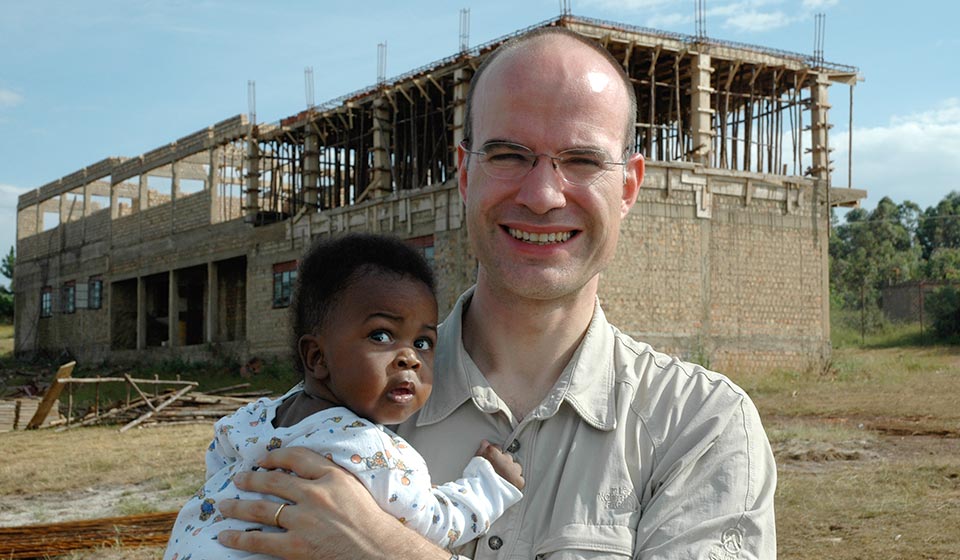 Burkhard’s reasoning behind the construction project was simple. First of all, it enabled him to provide a number of people with meaningful employment. Secondly, it was designed to serve as a reference project to help his pen-friend to become self-employed (which it eventually did). Thirdly, Burkhard was planning to transfer the land and the housing into a charitable organisation which he intended to create, and which would help future generations of needy Ugandan children. While construction work was going on, he duly founded the “Kids of Africa” charity in Switzerland and in Uganda, to which he later added more land and houses. Soon afterwards, the children’s village was opened, with committed foster mothers and a healthy dose of idealism and enthusiasm. All of this, and more, shows how it was that an unexpected letter turned into a village for a hundred orphans.

The unique story behind Kids of Africa illustrates how anyone can throw a stone into the water and create ripples that go much farther. How far they go, we cannot say, but if you do not throw the stone or wonder what might happen, you might be missing out on a chance to make the world just that little bit better!