A time to celebrate

Pictures sometimes say more than words. That’s why I attach some picture-galleries. They are just snapshots. But they show how our kids are becoming ever more confident grown-ups! The pictures were taken at three recent occasions: 1) our Village birthday-party, 2) our  affiliated “Run for Fun” and, 3) the birthday-party for our kids and our oldest member of staff, our National Director. 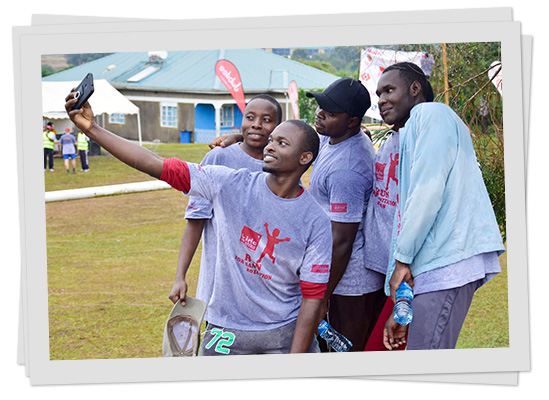 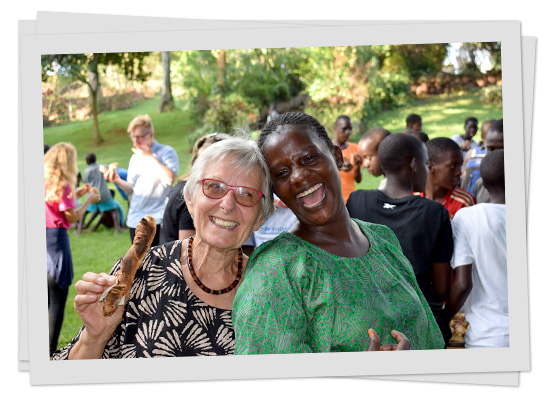 As we celebrate more than fifteen years of development-work, I realize how, time and again, the same question circles in my head: how can outsiders best support needy children? How can we simultaneously foster sustainable, social development without creating a culture of dependency? These are real-world dilemmas which need real-world resolutions. It’s about help kids to help themselves – and others. And it is also about the moral primacy of meeting a needy person as one would hope for oneself if one were in the same emergency. Maybe it’s even about the – not pretentiously understood – belief that whoever rescues a child, also saves a whole world. Questions that do not tolerate cheap answers. It is better, I feel to address them with simple principles, such as sustainability and solidarity, as well as strategic staying-power and pragmatism. That is my lesson-learned from many years of Kids of Africa. That, I believe, helped to support our kids on the path they have taken so promisingly today.Pictures speak louder than words

But instead of words a picture gallery should speak.

Here are pictures of the recent village birthday party. Our kids were actively involved in this with sports, games and performances.

In the formal part of the festival, Uganda’s longest-serving minister, the Minister of Justice, spoke, on behalf of the government. “Kids of Africa”, he said, “has has acted as a shining light in our country, providing a sanctuary for needy children, giving them a family, a sense of belonging and a good education.”.

Following his speech, some of the kids performed traditional Ugandan dances to Ugandan rhythms. Finally, with other village representatives, he cut in birthday cake prepared by our kids with a mother. Take a look at some snapshots here.

Two days after the annual birthday party, Kids of Africa runs a run for fun every year that has been attracting runners from near and far for years. Also this year we counted scarcely 1’000 guests, who did not dodge the huge cloudburst, which delayed the run by two hours. Although the track seemed as muddy as never before, the runners’ mood was excellent. It was just a great party and a valuable experience for the older kids who had organized well.

And another week later, in the village, we celebrated the various birthday celebrations of all the charges and employees of the last month. This time we came to a total age of 190 years … because our director, Tage Budolfsen, celebrated a round, his 70th birthday. Here are some pictures of a magical evening – independently organized by the oldest protégés from Kids of Africa

With very best regards from many kids at Kids of Africa