Major events cause big waves. We report three such news, this week. In football, the Champions League has reopened – by two unassuming young men, called Benjamin and Ivan. Uganda’s national curfew has been extended. The situation remains tense – especially for foreign truck drivers and Uganda’s underemployed population. But his Excellency, Yoweri Museveni, Uganda’s President since 1986, sends advice to his people. And he sends emergency aid to Kids of Africa. A brief report.

In Uganda, watching the British Champions League is almost a national sport. That’s why Benjamin (9) and Ivan (10), protégés of Kids of Africa, took the reins this Wednesday. But before we reveil the score, here are the conditions: 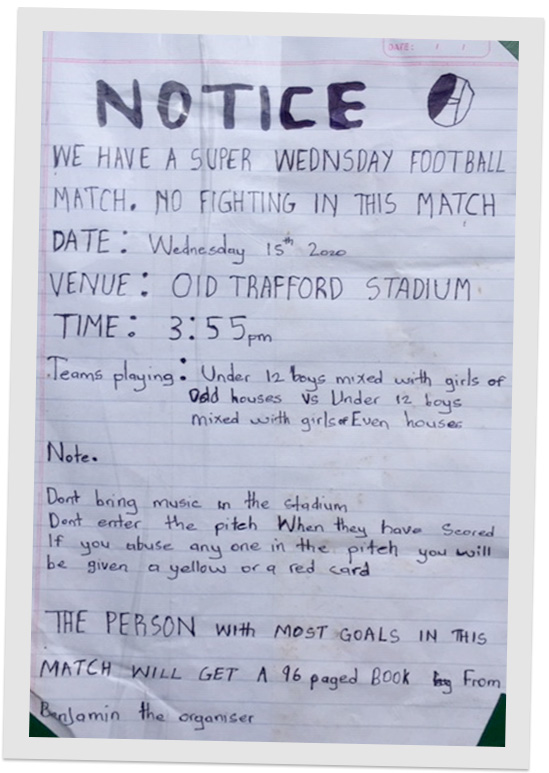 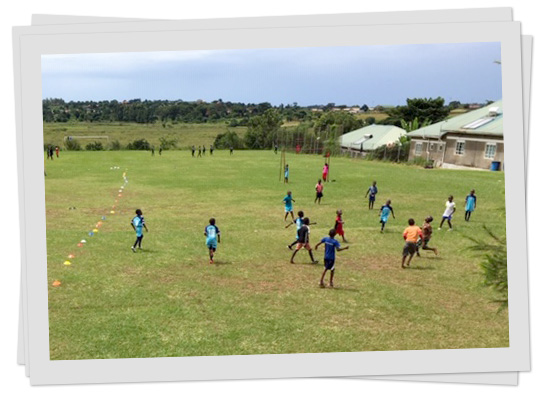 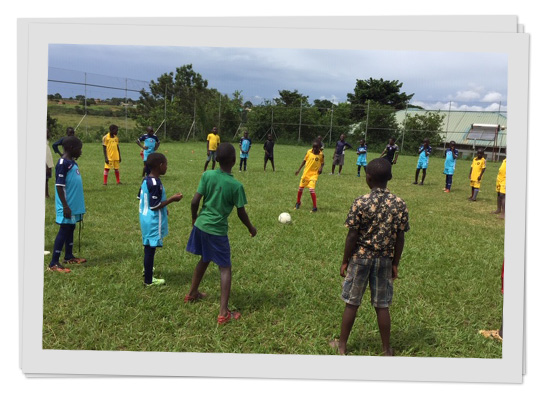 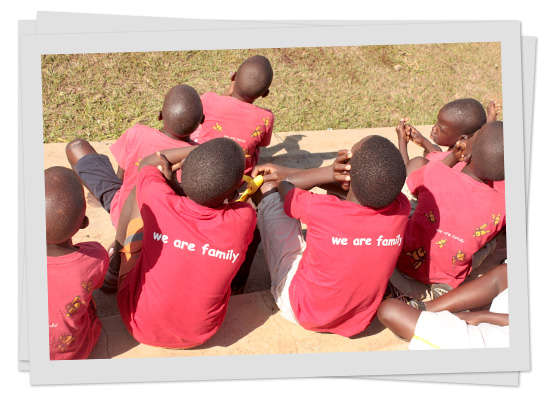 As Uganda’s national lockdown has just been extended to May 5th, the mood among its people grows dire. Good enough, Uganda’s longtime President (since 1986), his Excellency Yoweri Museveni, has a view, which he shared with his people this week. Below are the highlights from his speech about the national emergency, as disseminated by his staff: 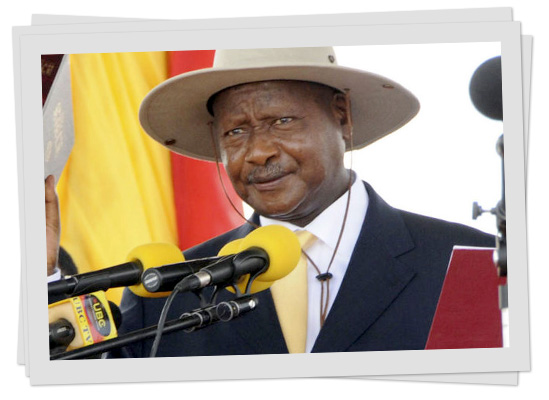 The same day, the President’s office visited Kids of Africa with a personal message of greetings, gratitude and food. Snapshots of his unexpected visit: 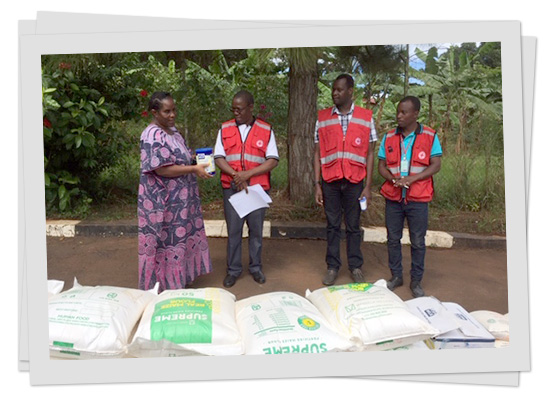 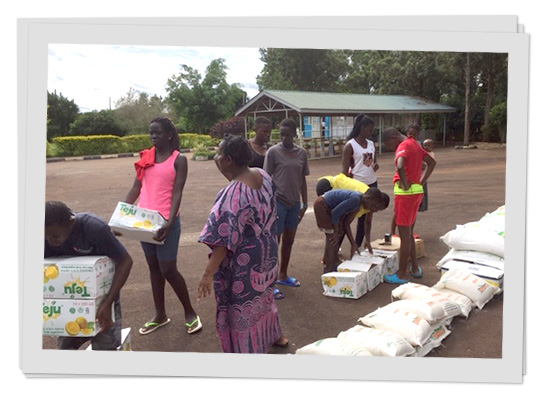 According to the Ugandan Ministry of Health, 6,661 people have already been tested for corona in Uganda. 55 people with positive results, one of whom has died. On average, one person per day is hospitalised. Truck drivers in particular are suspected of having Covid disease. For this reason, covid tests are mainly carried out at border crossings. More in the press release below.

We hope that Uganda’s fragile economy will soon be allowed to return to normal. Good enough, nobody at Kids of Africa has yet been showing any suspicious symptoms. Let’s pray it stays that way. 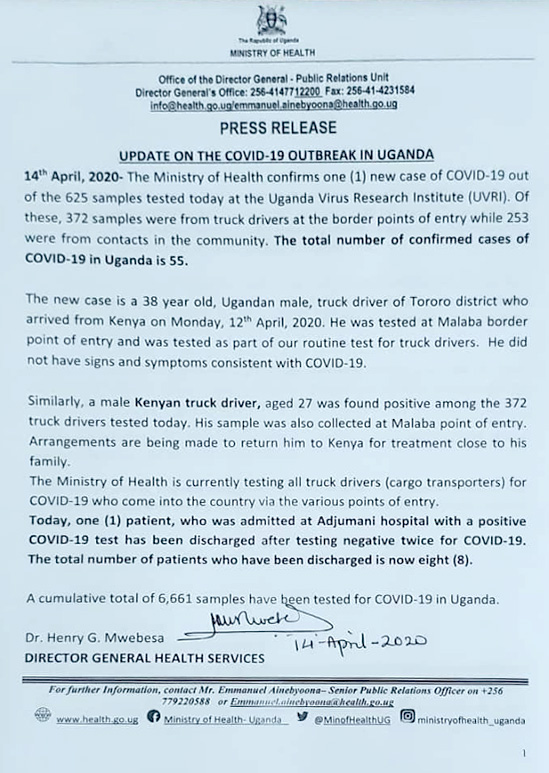